Difficulty: IntermediateMax Growth Size: 25cmTemperament:Territorial when breeding.Preferred Water Parameters:Temperature:23-27 degrees celsiuspH Level: 6.0-7.0General Hardness: Soft-ModerateRange: South America: Amazon regionReproduction: Mouth brooder.Feeding: Carnivorous. Dry foods and frozen foods.One of a number of South American Cichlids known as “earth-eaters”, these fish feed by sifting the substrate. These are stately looking fishes, developing intricate colour patterns and extended finnage as they mature. Their aquarium should have good filtration because of their constant foraging, but otherwise they are easy to keep and are relatively peaceful. Native to Surinam, Surinamensis may grow to 20-25cm. More than 225 species, with estimates of 300 species, of cichlids are found throughout South America. An estimated 75{101f47bd89487b569d8c175265860f753790db600b0fd4826871ff303a534563} of these inhabit the mighty Amazon River Basin. Cichlids are also found in Central America, where they are well-known for their pugnacious behavior and their stunning colors. Most of these cichlid are large, thus requiring large tanks. These fish inhabit most types of water ways throughout Central America including lakes, streams, rivers, even underground water sources. Their colorful appearance, the many different species available, their behavior and their breeding are just some of the reasons the Cichlids are one of the most popular aquarium fish. Due to their aggressive behavior, the tank for cichlids should be as large as possible, with its length being more critical than its height; meaning the longer the better. In the Cichlid tank there must be places of refuge. These can be rock caves, large pieces of driftwood or even inverted flowerpots. Most large species of Cichlids will dig up the substrate material, and occasionally will remove plants from the substrate. The Angelfish, Discus and the dwarf species Apistogramma all prefer a densely planted tank. 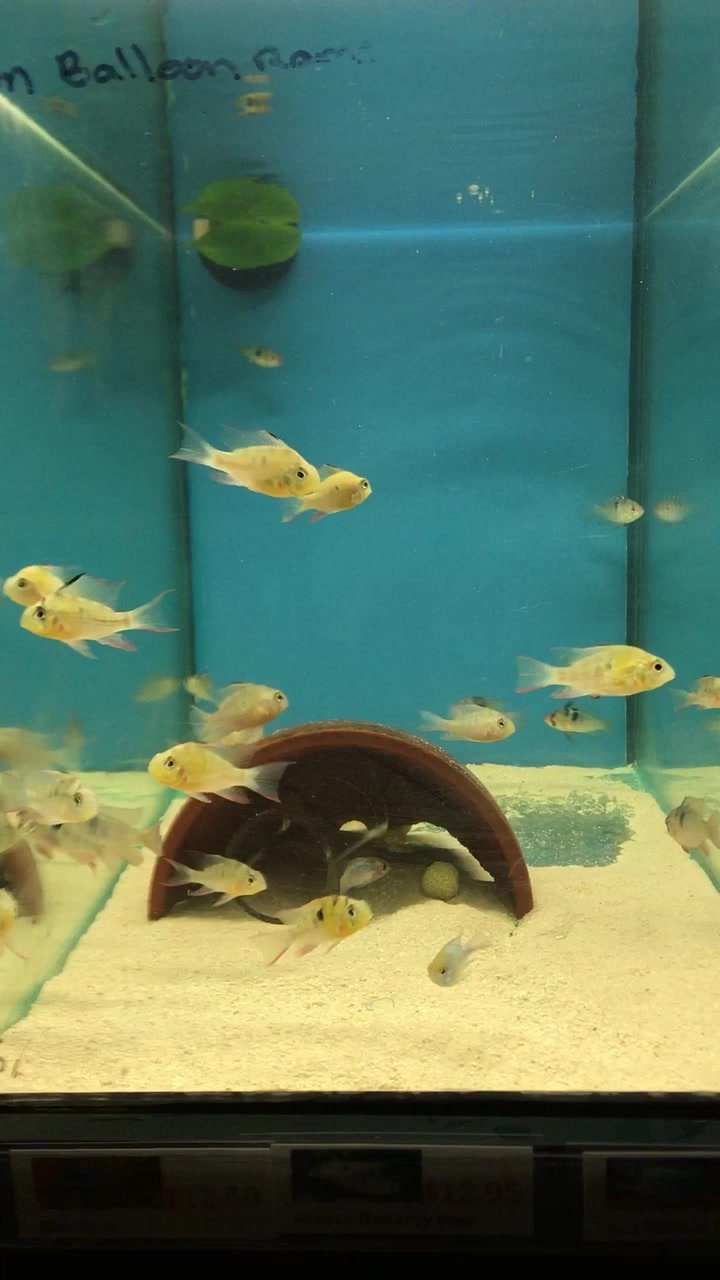