The Blue Eye Lemon Bristlenose Pleco (Ancistrus sp.), also known as the Blue Eye Lemon Bushy Nose Pleco, is a member of the Loricariidae family of South American suckermouth catfishes.  While many suckermouth catfish species have yet to be bred on any major scale in aquariums, the Bristlenose pleco is one of the most easily and often-bred “pleco” species in the aquarium hobby.  This fish is immediately distinguishable by its highly variable brown and tan marbled pattern, as well as the growth of many bristle-like appendages on its facial area beginning in sub-adulthood.  Both sexes grow the appendages, but the growth and length is much more pronounced in males.  Many plecos, especially those that are wild-caught but are not yet properly scientifically described and categorized, are classified by the “L system,” with the L being short for Loricariidae, the family representing South American suckermouth catfish.  It is widely believed that the “L144” classification of this fish is a misnomer and that the true L144 pleco is not bred or even seen in captivity, but might have initially been used in developing this color variety of this Ancistrus.  Regardless, it is a very unique and beautiful tank-raised fish.

A generally peaceful and hardy species, the Blue Eye Lemon Bristlenose Pleco is an excellent, undemanding candidate for most aquariums.  Unlike the widely-seen Common Pleco (Hypostomus plecostomus) and Trinidad Pleco (Hypostomus punctatus), which easily reach a monstrous size of 18 to 20+ inches, the Bristlenose Pleco grows to a size of only 4 to 5 inches (10 to 13 cm).  This smaller size makes for a much more manageable (and less messy) pleco that can thrive permanently in a well-maintained aquarium as small as 30 to 40 gallons.  Male plecos may be somewhat territorial with other males of their species, but disputes can usually be diffused by providing ample territory and hiding places for each fish.  All other tankmates will be generally ignored, although it is possible that small dwarf shrimp fry might fall prey to the Blue Eye Lemon Bristlenose Pleco.

The Blue Eye Lemon Bristlenose Pleco is primarily nocturnal, but will often become active during daytime hours once established in an aquarium with plenty of driftwood, rockwork, and other hiding places.  It is not known to eat wood heavily like some plecos (Panaque sp., etc.), but it may benefit from some supplementary wood (or bio-matter on driftwood) in its diet.  The Blue Eye Lemon Bristlenose Pleco will not bother most plants, but it will eat plenty of algae in the aquarium, especially as a juvenile.  Feed the Blue Eye Lemon Bristlenose Pleco a diet heavy in vegetable matter, including high-quality vegetable flakes, sinking algae wafers and pellets.  It will also appreciate being fed some fresh vegetables such as shelled peas, spinach, zucchini and cucumber.  Occasional meaty foods such as bloodworms are also beneficial when fed very sparingly.  This fish eats constantly, so too much meat/animal protein in its diet can be unhealthy for the fish as well as the level of waste it produces in the aquarium. 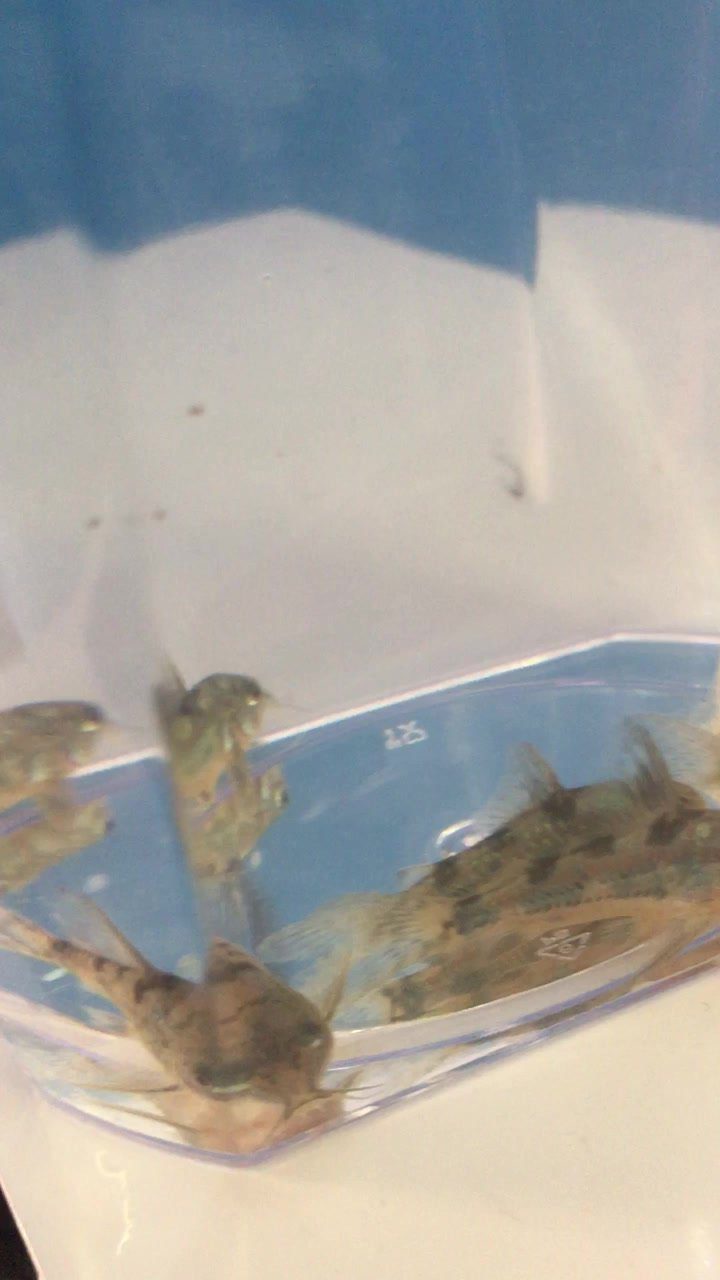